Free shipping on all orders over $60! (US Only) 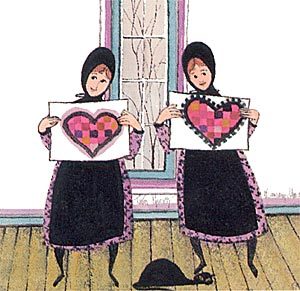 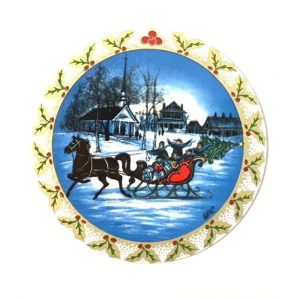 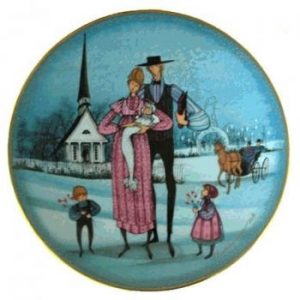 Patrica Buckley was born in and raised in New York where she attended primary school. An obviously gifted artist as a child, she enrolled in a fine art high school and eventually received a scholarship to Cooper Union College to study art.

Soon after graduating, Pat married Jack Moss, and moved to the Shenandoah Valley of Virginia. Still painting a variety of subjects and developing her own style, Pat became captivated by the lifestyle, values, and work ethic of the Amish and Mennonite people. She began to focus her subjects on the people and landscape that surrounded her.

Finding success with this new style, Pat’s career began to blossom. Her shows sold out and people began to collect her iconic work in earnest. Viewers were drawn to the quaint, wholesome elements of her artwork, which combined positive motifs, strong family bonds, history, and natural beauty.

Pat’s success became so great that she began to re-produce her work as a series of signed, limited edition prints. Eventually she developed a network of galleries around the country as her reputation grew and her work began to resonate with collectors across the US.

Over the years Pat Buckley Moss has become one of the most collected artists in the world. She has contributed large sums to many charities and continues to exhibit and do shows around the country meeting her enthusiastic collectors along the way.